It takes a village. This saying allegedly hails from West Africa and speaks to the many persons necessary to raise a child. Immediate family, extended family, neighbors, teachers, doctors, and others all help to mold a child into the person that he will eventually become. Raising a child with Spinal Muscular Atrophy, or SMA, requires a special “village”—one that assists and supports both the child and his parents and includes many professionals, including a certified orthotist. 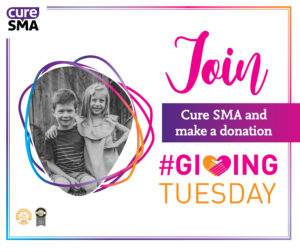 voluntary muscle movement. The most common form is caused by a mutation on the chromosome 5. This mutation results in a lack of the motor neuron protein called SMN (“survival of motor neuron”) which in turn results in the deterioration of nerve cells in the brain and spinal cord. The brain does not signal the muscles to move and the muscles then atrophy. Symptoms typically manifest themselves in infancy and early childhood; in some cases, symptoms become apparent later (even as late as adulthood). The severity of symptoms and the progression of the disease also varies immensely.

There is no known cure for the disease but engaging a team of professionals can assist the patient by improving the patient’s comfort, independence, and quality of life. That team might include the following medical providers: pulmonologists, neurologists, orthopedists, gastroenterologists, nutritionists, and physical therapists. (webmd.com) That team should also include an orthotist who specializes in a highly customized back brace such as the Rigo Cheneau.

Often with SMA, the back muscles will atrophy causing spinal curvature or scoliosis. Scoliosis potentially impacts a patient’s comfort, balance, and even breathing. However, working with an orthotist to create a customized scoliosis back brace for the patient can have positive results. SMA does not affect the patient’s cognition and the brace allows them to sit up more comfortably and independently so they can participate in what is going on around them. Additionally, the brace will provide relief from the spine pushing on the lungs and make it more comfortable for the patient to breathe. So while the brace will not stop the curvature progression in these cases, it can provide relief until the point the patient is done growing and can have spinal fusion surgery, if needed. (hopkinsallchildrens.org; smanewstoday.com)

Customized braces, such as the Rigo Cheneau, can provide stability and relief to SMA patients from infants to adults. The Rigo Cheneau brace is not new to the scoliosis scene—it was first developed in the 1970’s; improvements in the imaging, design, and creation of these braces have evolved with the advent of new technologies. State-of-the-art CAD/CAM technology is used to create a blueprint for each brace, including compression points and breathing points which are unique to each patient. The brace is fabricated of very lightweight plastic with padding in strategic locations for added correction and comfort. While the brace is made to include pressure points in some areas, it leaves breathing spaces in others and does not even make contact with the body at those spots. Each brace is highly customized to each individual patient, providing the ultimate support with the most comfort for the SMA patient, especially in the youngest of patients. In addition, a patient can add his own personal touch to his brace: the customization process includes fun colors and patterns choices as well as neutral options.

The medical field has made significant strides in improving the quality of life for many SMA patients, and we are now seeing a first wave of pharmaceutical treatments for SMA. (kidshealth.org) Even with these positive steps, it still takes a “village” to raise a child with SMA—and that village should include a certified, skilled, and caring orthotist working to create a brace that is highly customized and as comfortable as possible.

To learn more about SMA and to help find a cure, visit the Cure SMA website.