Nia Gibson was ten years old when she first heard the term scoliosis. As an accomplished dancer with Noreen’s School of Dance and the Cincinnati Ballet, Nia had developed significant flexibility and core strength and was very physically fit. She hadn’t experienced any significant pain in her back. So, when the Ballet’s physical therapist expressed concern about her spine during a routine evaluation, Nia and her mom Noreen were surprised but determined to learn as much as they could.

Noreen took Nia to an orthopedic surgeon in their home state of Ohio, and X-rays revealed three curves measuring 34.4, 50.5, and 31.9 degrees.

When asked about her feelings when she first heard her diagnosis, Nia says, “I was shocked when I saw the X-ray. But I knew that everything would work out.”

Chatting with Nia’s mom reveals exactly why she was so positive. Noreen was determined to learn as much as possible about scoliosis so that she would get the best treatment for her daughter. She did intensive research, scouring the internet to find medical studies, statistics, patient testimonials, information on bracing and surgery, and parent support groups. In addition to the orthopedic surgeon, she took Nia to meet with specialists at Cincinnati Children’s Hospital and Shriner’s Hospital, both in Philadelphia and in Kentucky.

“I knew of scoliosis, but I didn’t know how diverse and erratic it could be,” says Noreen. “Through my research, I came to understand the complications that could result from the nonchalant attitude taken by some of the specialists who were advising us.”

Initially, a Boston brace was suggested for Nia, but Noreen wasn’t convinced. While reviewing information on a Facebook page for parents of scoliosis patients, she came across information about the National Scoliosis Center and Chief Orthotist, Luke Stikeleather. After setting up an appointment, Noreen and Nia headed to Virginia.

Nia found the National Scoliosis Center very welcoming. She mentions that everything was explained to her and that she was encouraged to be actively involved with her treatment from the beginning. The staff helped her understand the equipment and allowed her to participate in constructing her custom Rigo-Cheneau brace.

Noreen was equally impressed. “I really appreciated the open, honest, and forward-thinking attitude,” she says. “I respected Luke’s knowledge and training and his focus on each child’s unique needs.”

Nia has now been in her brace for over a year. Her curves have decreased to 21.9, 28.4, and 19.6 degrees (in-brace). Scoliosis has not kept her from any of the activities she loves as she continues to be physically active in dance and softball. 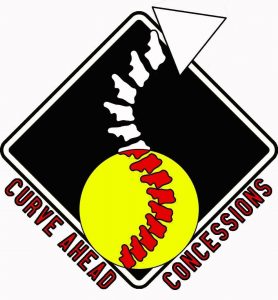 Nia even added a new endeavor as a result of her diagnosis. She started her own business – Curve Ahead Concessions! She sells ice cream to raise money to help pay for her braces.

When asked what advice she would give other patients Nia says, “Don’t think of it as a bad thing. Good things can come of [a scoliosis diagnosis]. Just be you! It shouldn’t change how you feel about yourself or how your friends feel about you. Stay comfortable and have fun customizing your brace. It feels like a gift you’re giving yourself!”