The most common form of scoliosis is Adolescent Idiopathic Scoliosis (AIS)—affecting an estimated six to nine million Americans. Of that population, the American Academy of Orthopedic Surgeons reports that females are eight to ten times more likely to be diagnosed with AIS (UPMC, 2017). That said, boys are also affected by scoliosis and it is just as important for parents to monitor their sons. At National Scoliosis Center 15% of our patients are boys…

Susan Moore had been suspicious of the curved appearance of her Henry’s back from the time he was eleven years old. Despite mentioning these observations to doctors at her son’s yearly well checks, Henry’s pediatricians did not seem alarmed. As her son grew, so did Susan’s concerns since the appearance of his curve continued to be suspicious to her. When he was 14, she insisted that doctors perform and evaluate an X-ray of his back.

As a result of Susan’s persistence Henry, now a 15-year-old sophomore in high school, was diagnosed with Adolescent Idiopathic Scoliosis. His curve was measured at 38.6 degrees using those initial X-rays.

Regarding the diagnosis of scoliosis Henry says, “I didn’t know what it was. I wasn’t scared at all because I wasn’t in any pain. It just sounded like a lot of gibberish to me.”

Through research and a referral from an orthopedist, the Moore family found their way to National Scoliosis Center and Luke Stikeleather where a treatment plan was put in place. Henry was promptly fitted with a Rigo Cheneau brace.

As to be expected, Henry was not looking forward to the prospect of wearing a brace for the 21 hours a day that was prescribed. As he tells it, he persisted in wearing the new brace to appease his mom’s pleas, but Susan quickly disagrees.

“It absolutely had to do with Henry’s own drive,” she says. “He was told initially that there would be a two-week acclimation period when he could wear the brace just 4-6 hours a day [plus all night] and gradually work up to more. But Henry was determined to wear it as many hours as possible from the beginning.”

Since that day, Henry has refused to let himself be limited by his scoliosis. Currently, he’s a member of the wrestling team at his high school. Due to the physical demands of the sport, he removes his brace for practices and matches, but other than that he wears his brace with no limitations on his activities.

As an active member of a very disciplined Boy Scout troop, Henry participates in rigorous hikes and intense physical activities while wearing his brace. He even says that doing push-ups can be easier while wearing the brace. He recently went on a trek through the Philmont Scout Ranch located in Cimarron, New Mexico, hiking 74 miles in 12 days. On some days he climbed over 1,200 feet up and down the mountains. All the while, Henry was able to carry all his personal gear including his tent, food, and 4 liters of water while wearing the brace. All together this amounted to carrying 50 lbs. of equipment on his back and yet, he did not experience any pain during the hike. 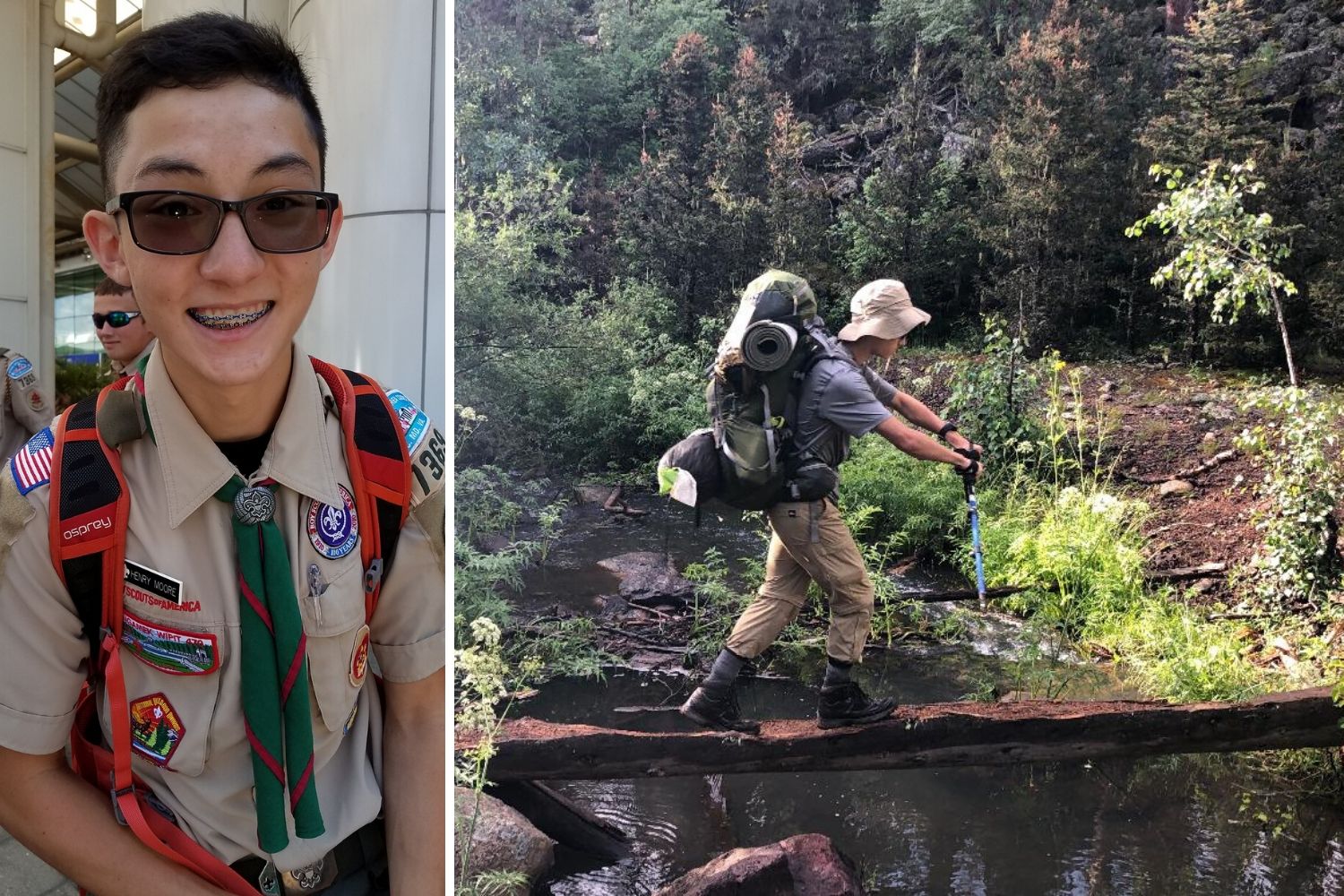 Henry has been in his brace for a year and a half and is determined to continue to be diligent about wearing it until he stops growing. While he says that most people just “felt bad for {him}”, he did experience some teasing from kids at school, with some even referring to the idea that scoliosis was a “girl’s disease”.

“Kids will say stupid things,” Henry says. “But the talking didn’t bother me. If I had let it {bother me}, I would have been giving power to those people and I could have ended up having a really expensive surgery. You just can’t care about that stuff. You can’t give your power away.”

After a year and a half of treatment, Henry’s curve is now down to 30.6 degrees. Susan Moore’s advice to parents who might have concerns about their children’s posture is to pursue an X-ray, even if a doctor thinks it’s unreasonable. She is grateful that she was finally able to find adequate treatment for her son through an orthopedist and the staff at National Scoliosis Center.

“It’s unfortunate that we didn’t discover this earlier because we believe the curve wouldn’t be at the degree it is now,” Susan says. “The improvement Henry is showing is a testament to the Rigo Cheneau brace, along with the commitment of National Scoliosis Center, and Henry’s own adamancy to do his part to decrease his curvature.”